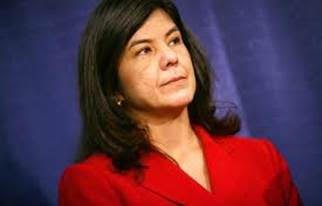 In one of the cases, the man to whom Alvarez gave a pass — James D. Starkey, a violent recidivist with “Fuck the World” tattooed across his abdomen — has been convicted of a subsequent aggravated criminal sexual assault for which he is serving a 25-year prison sentence.

The latter crime, of course, would not have happened if Starkey had been behind bars for the earlier crime — the slaying of a drug dealer named Robert Head during a knife fight on the south side of Chicago in 2002. Under then-State’s Attorney Dick Devine, Alvarez’s predecessor, an innocent man named Maurice Patterson was convicted of the crime.

Although the DNA evidence exculpating Patterson and inculpating Starkey certainly should have been known early on to Devine’s assistant in charge of the case, Kathleen Van Kampen, it had been concealed from Patterson’s defense and from Circuit Court Judge James B. Linn, the trial judge.

The apparent murder weapon — a knife stained with the blood of the victim and an unknown person — had been found immediately after the crime near the scene. When the unknown person’s DNA profile was run through the FBI’s Combined DNA Index System (CODIS), he was identified as Starkey.

Van Kampen had received the CODIS report, but when Judge Linn asked her at a pretrial hearing about the knife, she responded that her “best guess” was that it wasn’t related to the crime. At the ensuing trial, based on three in-court identifications — make that misidentifications — a jury convicted Patterson, and Judge Linn sentenced him to 30 years in prison.

Alvarez bears no responsibility for what happened in the case until 2009, when Karen Daniel, of the Center on Wrongful Convictions, undertook representation of Patterson and dislodged the theretofore concealed forensic evidence. Soon, however, the case attained a sufficiently high profile in the media and within the state’s attorney’s office that Alvarez had to have known the salient facts. Yet she did not move to prosecute Starkey. In September 2013, having been left at large by Alvarez, Starkey forced the homeless man into a small downtown park, threatened to kill him, and sexually assaulted him — the crime for which, as noted above, Starkey is now behind bars.

Alvarez’s rationale for not prosecuting Starkey for the Head murder is known only to her, but a decision to prosecute the case would certainly have created embarrassment for Kathleen Van Kampen, who remained in charge of the case under Alvarez at the time of Maurice Patterson’s exoneration. In the final analysis, Alvarez exercised prosecutorial discretion in the case — with most unfortunate results.

Alvarez also failed to prosecute Willie Randolph, who was identified through CODIS in 2011 as the source of semen recovered from the body of a 14-year-old girl who had been raped and murdered in south suburban Dixmoor two decades earlier.

Five teenagers — Jonathan Barr, James Harden, Shainnie Sharp, Robert Taylor, and Robert Veal — had been wrongfully convicted of the crime under then-State’s Attorney Jack O’Malley. Like Devine in the Head case, O’Malley had plausible deniability of personal knowledge of the wrongful prosecutions of the teenagers.

Alvarez, however, had no plausible explanation for failing to pursue Randolph after DNA linked him to the crime. In a 2012 Sixty Minutes interview, she branded Randolph “a bad guy” — adding, “But, can we prove, just by someone’s bad background, that they committed this particular crime? It takes much more than that.”

Of course it does — something like maybe the recovery of Randolph’s DNA from inside the victim’s body?