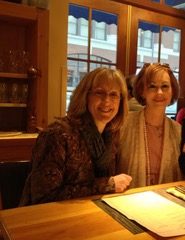 Clients don’t often put pen to paper to eulogize their lawyers. But I must do it for mine—the wonderful Karen Daniel, who was tragically taken from us last week when she was struck by a car as she walked her dog near her home in Oak Park, Ill.

Not only was Karen articulate, wise, and masterful in a courtroom; she was deeply human—which perhaps is what made her the extraordinary lawyer she was.

As a clinical professor of law and attorney at the Center on Wrongful Convictions at Northwestern University Pritzker School of Law from 2000 through 2019—when she became the Center’s director emerita—Karen was instrumental in exonerating more than twenty wrongfully convicted men and women, of which I was one. She also founded the nation’s first and to date only project focusing exclusively on gender bias in the criminal justice system.

If you were one of the lucky ones, she would help free you, choosing your case from the hundreds she was asked to address in a given year.  And if she took your case, she offered not only lawyerly acumen, but also herself: her integrity, her commitment, and her friendship.

She walked with me during my battle for exoneration—a centering, reassuring force that was part Harvard-trained analytical mind, part motherly comforter, part sisterly reassure.

Even in my darkest hours, Karen made me feel like everything was all going to be okay—that justice hadn’t been foreclosed—and she fought for me until she won.

That’s just how she was made.

She found justice, wrenched it out of prison cells and courtrooms, and championed it to the heavens.

She was something close to a miracle worker.

And Karen wasn’t just a lawyer, and a damn good one: she transformed classes of law students into armies committed to justice. In her place now are countless former students, who have stepped forward, or will, to lift the load she carried for so long.

Indeed, it will take an army of students to replace her; she was an army of one.

Now that she is gone, we—her students, colleagues, clients—must walk with each other through a journey of grief down a path that will forever be lit by her light.

We will carry on the cause, influenced by her, loving her, in memory of her—but, of course, never being her.

We owe her that—and so, so much more.

Julie Rea was a Ph.D candidate at Indiana University when 10-year-old Joel Kirkpatrick was murdered by an intruder in her home in Lawrenceville, Ill., in 1997, She was convicted of the murder and sentenced to 65 years in prison in 2002, but exonerated in 2006 and granted a certificate of innocence in 2010.