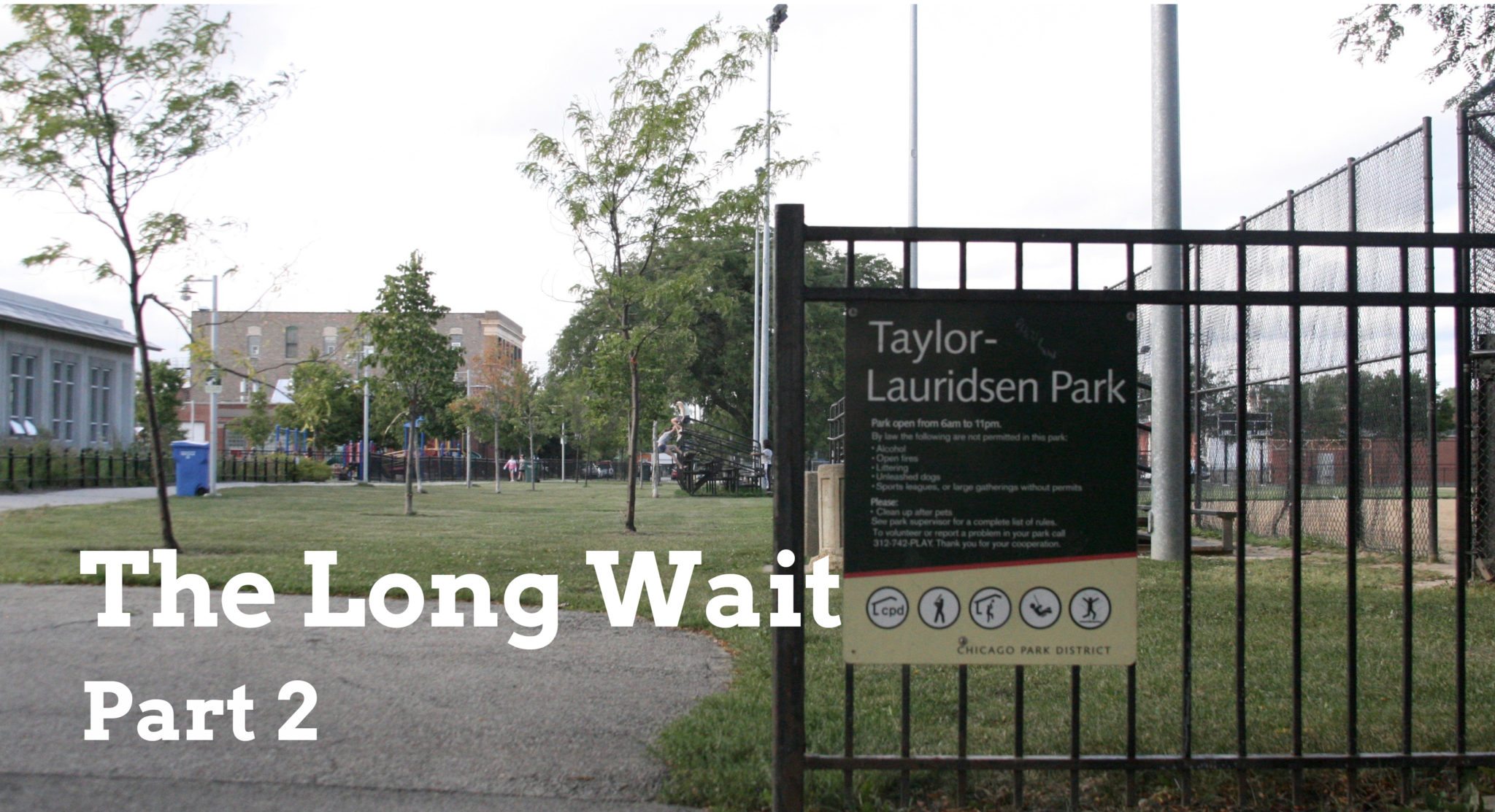 This is the second part in The Long Wait, a three-part series exploring the Illinois Prisoner Review Board’s process for deciding on parole for a group of inmates who remain in prison for serious crimes committed before 1978. Read Part 1.

Larry Kurina was released on parole in 1993 after spending 17 years in custody for murdering two men outside a Chicago liquor store.

When he was picked up in Indiana nearly twelve years later for selling stolen tools for $5, Kurina was told by his local parole officer that if he pleaded guilty to the low-grade felony of receiving stolen property, his parole would not be affected.

But that turned out not true. An Illinois parole supervisor recommended that Kurina’s parole be revoked, according to court records. So shortly before he was to begin a six-month jail sentence after pleading guilty, Kurina was brought back to Illinois and returned to prison, where he remains today.

Five times since then, Kurina said he asked the parole board to return him to the “rather normal life” that he said he had established on parole. Each time, the board has denied that request.

“It just seems like every time, there’s a new reason why they’re not giving him parole,” said his attorney, Lillian McCartin.

Kurina gets his next opportunity this month. His case represents one more example reviewed by Injustice Watch of the arbitrary nature of parole board proceedings.

Although he won release in 1993, in hearings since his rearrest board members have consistently gone back to details of the 1976 crime, for which Kurina originally was given a sentence of 200 to 500 years. Kurina was 17 when he had the drunken altercation with the two men in an alley behind the liquor store. A plaque at Taylor-Lauridsen park in Chicago’s Canaryville neighborhood.

It doesn’t help that the victims, Emil Lauridsen and John Taylor, were mourned as local heroes. Taylor’s funeral, according to the Chicago Tribune, was attended by Mayor Richard J. Daley and a local judge, and the City of Chicago renamed a Canaryville neighborhood park after the murdered men.

Nor does it help that one of the board members, retired Chicago police officer Salvador Diaz, is from the neighborhood and a friend of the victims’ families.

“My feelings are, if they never wanted me out in the first place, why’d they let me out?” Kurina asked of the earlier parole decision during a telephone interview from the Danville Correctional Center.

Before being paroled the first time, Kurina said he thought he would be in prison for the rest of his life. When he garnered the votes to be released in 1993, he had spent half his life behind bars, and even married in prison. After his release, the couple settled with her son in Springfield, where Kurina later started a home repair business.

They had a son together, and lived for years without incident. But things became rocky in the marriage and Kurina began drinking more.

He was convicted of a misdemeanor driving under the influence, and he and his wife divorced. She later filed a restraining order against him. He enrolled in a substance abuse treatment program and moved to Indiana, where his mother lived.

In 2005, he was accused of violating the restraining order in phone calls his ex-wife said were threatening. He told Injustice Watch he was trying to get in contact with his son, and said the calls did not result in his parole being revoked.

But months earlier, a neighbor recognized tools that Kurina had sold to him as having been stolen from his nephew. Kurina maintains he did not know they were stolen, but this incident led to his arrest and return to prison.

For several years after his rearrest, Kurina received no votes for his parole. Three times, board members delayed his next hearing for three years. In 2015, he had some hope: four board members — Aurthur Mae Perkins, Edith Crigler, Daryl Jones and Vonetta Harris — voted in support of his release, and the board permitted Kurina to apply again in a year.

Kurina again received votes from four supporting board members last year. But those favoring parole included only one member, Jones, who had supported Kurina the previous year. Perkins, Crigler and Harris had dropped their support. Kurina won support from a new board member, Kenneth Tupy, as well as from chairman Craig Findley and former Champaign police officer Donald Shelton.

Last year, board member Peter A. Fisher presented the case to the rest of the group, and said that the inmate had failed to take advantage of the “miraculous” gift of parole. According to board minutes, Fisher said that “Mr. Kurina was shown mercy when it was not deserved, and continues to try and manipulate the system so far as to thank board members for their votes, and appreciate and respect board members backgrounds and work experience.”

Getting the votes for parole is not as easy as it was back in 1993. State law has expanded the board several times, from its original 10 members to 12 members, as it was in 1993, to the current number of 15. That means Kurina, like all prisoners seeking parole, must win eight votes favoring his release, one more than he needed the first time.

Kurina goes in with one vote against him. Board member Diaz has abstained from voting in the case. Diaz did not respond to a request for comment, but board counsel Jason Sweat said that Diaz has a friendship with the family of the victims. The board member knows of Kurina “by reputation,” Sweat said.

Under board rules, the prisoner still needs eight votes, so an abstention counts the same as opposition. As is the board procedure, abstaining members are permitted to remain in the room when the case is discussed, and even to participate in the discussion.

In advance of Kurina’s upcoming renewed effort to win parole this year, board member Tupy went to Danville Correctional Center in July to conduct the inmate’s institutional hearing.

Such hearings have in the past been open to reporters. But this year both the Illinois Department of Corrections and the Prisoner Review Board said they would not allow Injustice Watch reporters to attend, despite Kurina’s express permission. Nor would the board agree to tape the session for review.

The Department of Corrections did not explain why the past practice of permitting press attendance was reversed. Board chairman Findley later said anything that might prevent a board member from having a candid conversation with an inmate is “not in the board’s best interest.” Tupy met first with relatives of the two victims, according to Kurina and his attorney; the family has a Facebook group titled, “Keep Kurena [sic] Incarcerated” with more than 600 members. Then the board member met with Kurina’s family and supporters before his interview with Kurina himself.

In an uncomfortable moment before his interview, Kurina said he was brought into a hallway while four victims’ family members were escorted past.

It was like seeing a ghost, he said. He wanted to apologize to each of them, but said he was worried anything he did could add another negative impression.

Kurina and his attorney, McCartin, both said that Tupy covered a range of topics in his interview, from the original crime, to details of Kurina’s conduct while on parole, and to the incident in which he was arrested for possessing stolen tools.

Neither Kurina nor his lawyer will know what the victim’s relatives said: their statements are kept private. A relative of one of Kurina’s victims declined to comment for this story.

When the board hears Kurina’s case and votes on his parole this month, he and McCartin still will not hear what the protesters say. The board asks all attendees to leave the public monthly meetings as members discuss victim impact statements, citing laws protecting the privacy of crime victims.

The board also declines to release records about these discussions of victims’ protest letters, finding that their release “could subject a person to actual risk of physical harm.”

State law also requires that inmates and their attorneys be notified of the contents of victims’ letters, and be given the chance to respond. McCartin said she has never been given that chance.

Sweat said the law does not specifically outline what part of victims’ letters must be shared with attorneys and inmates. In practice, the board only notifies inmates and attorneys of the letters’ existence.

In an interview, Findley said victims and victims’ relatives usually make emotional statements about how the crime has affected them, and that their protests are one of many factors considered by the board.

“What value [is it] to a petitioner to be able to rebut someone’s personal opinion?” Findley asked.

Attorneys told Injustice Watch it became easier to get their clients paroled in cases in which victims do not object. “It just seems arbitrary” to have parole decisions influenced by whether family members speak out, said Josh Tepfer, a lawyer who filed a lawsuit in 2015 over board procedures. 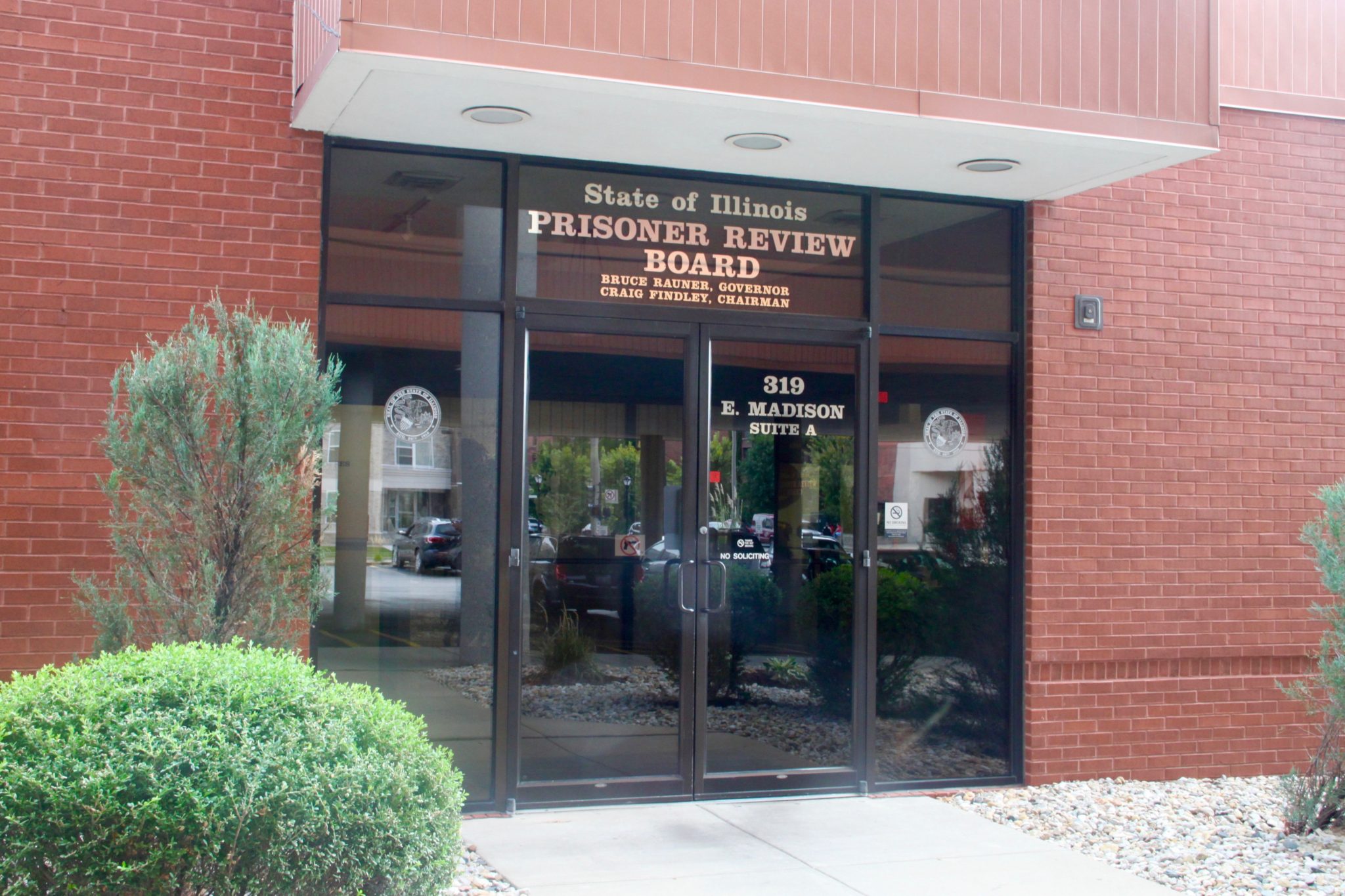 Parole opponents say the role of victims is less influential than in the past. There was a time, said Matt Jones, associate director of the Illinois State’s Attorneys Appellate Prosecutor’s Office, when the board would not grant release over the objection of victims or prosecutors. “I think we have to work harder to make our case,” Jones said.

Illinois victims’ advocate Jennifer Bishop-Jenkins said many family members of victims find it a burden when prisoners’ parole requests are considered annually rather than being delayed for two, three, or five years. “To have to go back every single year to make the fight … you can never move on in your life,” she said of the victims’ family members.

But inmates’ attorneys say the victims still have undue influence.

As the board considered victim statements during Kurina’s parole hearing last year, McCartin was escorted out the room. But board member Diaz, despite abstaining from voting, remained in the room. It was announced that Diaz would present the family members’ views, McCartin said.

Alan Mills, an attorney at the Uptown People’s Law Center, said participation from abstaining board members has happened before. When Mills represented prisoner Michael Henderson in his effort for parole, a board member abstained from voting in the case because her husband was friends with the victim’s family members. Yet, Mills recalled, the member presented the family members’ perspectives, and then remained in the room during deliberations.

“I thought it was horrific,” Mills said.

Chairman Findley said he does not ask members why they abstain from voting and sees no problem with abstaining members contributing to discussion.

“I don’t find any issue with [it],” he said, later adding that “every board member has to exercise independent judgment in every case.”

Kurina is worried, nervous and hopeful that he will get re-paroled this year.

When he pleaded guilty to receiving the tools, he never thought he would be back in prison for over 12 years. At the time, he told his son he would be out of jail in three months. He has not heard from him since, but he hopes if he is released from prison, they might reconnect.

“Rumor was that I broke his heart and I abandoned him,” Kurina said.

CORRECTION: An earlier version of this story misstated the year in which Kurina was accused of making calls to his ex-wife that violated an order of protection. The accusation was made in 2005.