Goldish denies the allegations, which stem from a 2002 murder case she helped prosecute during her past stint as an assistant state’s attorney, according to an ongoing lawsuit filed in 2018 at the federal courthouse in Chicago.

The suit alleges that John Velez, then 17, was convicted in Cook County for the 2001 murder of Anthony Hueneca despite a lack of physical or forensic evidence. A jury sentenced Velez to 80 years in prison.

According to the complaint, one of Velez’s cousins corroborated his alibi—that he was doing laundry at the relative’s house when Hueneca was shot to death in the Pilsen community. But prosecutors maintained that Velez had targeted Hueneca in an “anniversary killing,” seeking revenge for his uncle’s death.

The complaint alleges that Chicago police officers coerced Velez’s pregnant girlfriend into implicating him by detaining her for questioning at a police station for eight hours without access to an attorney. Police allegedly threatened to have her daughter taken away from her if she didn’t sign a statement supporting the anniversary killing theory, according to the complaint. 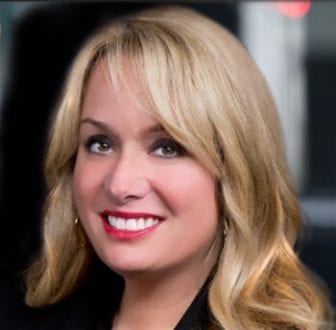 As for Goldish’s role, Velez’s lawyers contend the former prosecutor either helped coordinate the statement with cops or that the officers kept the alleged scheme concealed from Goldish and other prosecutors.

In December 2017, the Cook County State’s Attorney’s office agreed to vacate the conviction. Velez’s attorney Jennifer Blagg contends that prosecutors decided to drop the case because the statement from Velez’s former girlfriend should not have been admitted in court.

Goldish won an election to the circuit court in 2014, with positive bar ratings. She currently serves in the domestic violence division and faces a retention vote in November. Circuit judges serve six-year terms and require approval from at least 60 percent of voters to retain their seats.

Goldish declined to be interviewed for this story, citing the pending suit. But her spokesperson emailed a statement contending that “As a member of the judiciary, Judge Goldish is well-respected and historically has been found highly qualified or qualified by every bar association.”